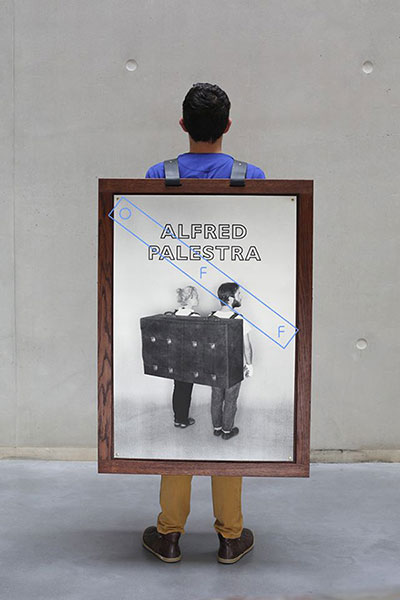 acb Gallery, 24 April – 4 June 2015opening: 23 April 2015, 6 PMThe program is organised within the framework of the OFF-Biennale Budapest.The project entitled Alfred Palestra was first realised at the 2014 Rennes Biennale, with the participation of students from a local secondary school. At the end of the 19th century, the school (today Lycée Émile Zola) was the site of two important events in cultural history: the second Dreyfus trial was held in the gymnasium of the school Alfred Jarry was attending. The possible meeting of Alfred Jarry and Alfred Dreyfus in this space symbolises the coincidence of the crises of the republic with the birth of the avant-garde, and it is this concomitance that the project of Katarina Šević and Tehnica Schweiz reflects on.The process was realised with the participation of the schools’ student drama circle, who used the gym, which once served as the location of the trial, for their weekly rehearsals. The aim of the work conducted with the students was to confront participants – through the persons of the two Alberts – with the ghosts of the place and the meaningful heritage of the school. At the workshop, the artists and the students partook in an exercise of interpreting excerpts from texts of two parallel literary canons: the books of Alfred Dreyfus, which he read between 1895 and 1898, during his imprisonment on Devil’s Island, and Jarry’s library – a collection of the 27 books that appear in one of his one of his most important works, the Exploits and Opinions of Dr. Faustroll, Pataphysician. This collective reading exercise became an alternative method of interpreting the era. The costumes and symbolic, moving wooden objects, which had been created for the performance and the workshop, are displayed at the acb Gallery. In conjunction with the exhibition, a performance that has been adapted for Hungarian audiences is also presented at Budapest’s Alternative Secondary School of Economics, with the participation of former and current students. Alfred Palestra is an alternative teaching method, which aids students in becoming acquainted with an important turn in the history of European culture in a collective, cooperative atmosphere. The method offers an alternative to existing educational schemes in which students are expected to become familiar with, and assimilate, study material, thus wishing to push the boundaries of the current, centralised Hungarian educational system.
The public performance comprises part of the project series When Art(ist) Speaks and the OFF-Biennale. The event series is curated by Eszter Lázár and Edina Nagy, and is held on 29 May 2015, at 6 PM.

The exhibition and the accompanying performance bring to the foreground some pressing questions that are of relevance in Hungary today. Most importantly: how could the unfolding avant-garde experiments of the day address the deepest crises of society and the republic? The detailed English language documentation of the Rennes project can be found here.